What will happen to architectural visualization in the next ten years?

What is architectural visualization?

Architectural visualization has been full of changes and technological advancements in the past ten years. As we enter 2020 and beyond, the pace will not slow down. The visualization itself has undergone a transformation, from flat sketches to 3D drawings to realistic rendering.

As technology continues to advance, we hope it will play a central role in improving these visualization standards.

In this article, we will explore what is architectural visualization, what it looked like in the past, and most importantly, its development prospects in the next ten years.

The architecture visualization service is a key part of the design process, because it usually provides customers with a visual representation of the finished product before the construction begins.In essence, this is the universal language between the client and the designer.

Visualization is certainly not a new concept in architecture.

From ancient Egypt, Greece and Rome to the Renaissance, architects used various methods and tools to describe their architectural plans.

Although technology and tools have evolved over the centuries, visualization is always flat.

However, in the 15th century, Italian Fillipo Brunelleschi pioneered the use of linear perspective to add depth and space to architectural visualization.

Throughout the 20th century, architects used this as a basis to produce increasingly realistic designs.

Over the past few decades, tremendous advances in technology have allowed architects to present their work in unprecedented new ways.

All this begs the question: What will the new decade bring to architectural visualization?

Architecture visualization in 2020 and beyond

There is no doubt that sketching still occupies an important position in architectural visualization and the entire architectural profession.

The complexity of the project is increasing, and there are many stakeholders who need a comprehensive understanding of the design.

As we enter a new decade, it is safe to say that we can expect technology to take center stage in achieving this goal.

So, starting from 2020, where will architectural visualization develop?

But they have been developing steadily since the 1970s, and there is no doubt that they will continue to play an important role in architectural visualization in the next decade.

It is difficult to obtain the realism of the project using 2D (or even 3D) engineering drawings.

Using 3D models is an effective way for architects to more fully explain their designs, and 3D printing makes it easier and faster to create scale models,Improvements in 3D printing technology means that architects can use internal CAD data files and use a variety of different materials to generate complex models.

Animation can be used for a variety of purposes, and can help explain how the project works or provide context for the project to show the “real life” around it.

Complex projects can benefit the most from animation because they can help convey design intent, technical solutions and other key aspects.

With the help of new file conversion and printing technologies, it is easier and more efficient than ever to convert 3D renderings into holographic images.

The image is printed on a thin rollable film and appears to “jump” on the page to the viewer. They provide a new way to help customers visualize projects at any stage.

Virtual reality (often abbreviated as VR) is a multi-sensory, immersive experience of artificially simulated 360-degree reality presented through a headset.

There are many ongoing experiments on how to best use VR for architecture demonstrations.

The difference between augmented reality (AR) and VR is that it will not completely replace reality, but will superimpose digital content into the real environment.

Viewers usually use AR applications or smart glasses to experience augmented reality. With the development of technology and 3D visualization, the complexity of these tools may increase.

Since Brunelleschi drew linear perspective drawings, architectural visualization has come a long way. But the development of technology continues to bring new game-changing tools to the desktop, for teachers and designers to use. We have seen the widespread use of 3D animation.

In the next decade, we can expect more AR and VR experiences, as well as complex 3D printed models, and include holographic images in architectural demonstrations. 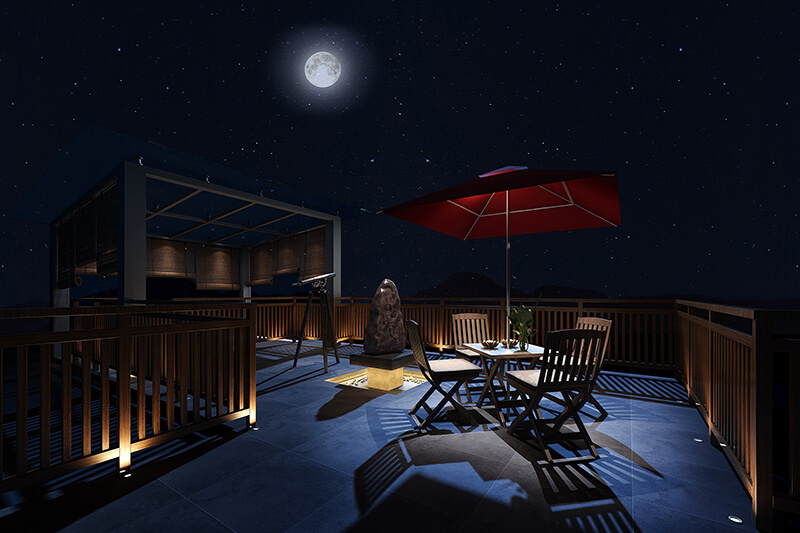